As announced a week or two ago in a comment, Kitten X has been awarded tenure. For those of you who have not followed Kitten X's career, you may want to review the circumstances of his hiring, following a very competitive search and careful consideration of his letters of reference (see comment section for actual letter of reference).

The system by which Kitten X was evaluated for tenure exactly follows that of any tenure-track creature at a large university, with the exception of the fact that, in Kitten X's case, the departmental tenure and promotion committee, the faculty of his department, the department Chair, the college promotion and tenure committee, the Associate Dean, the Dean, the Assistant Vice-Provost for Academic Stuff, the Provost, the President, and the Board of Trustees are all the same individuals and therefore the process is awesomely efficient and fast. 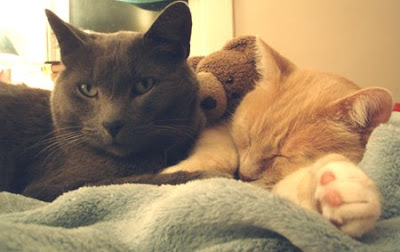 Tenure & promotion committee (note: NOT the same as the hiring committee)
As a result, even though it is only October, Kitten X already knows that he has been awarded tenure and will become an Associate Cat at the beginning of the next feline term, which apparently began this morning. 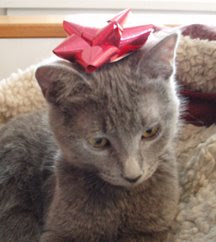 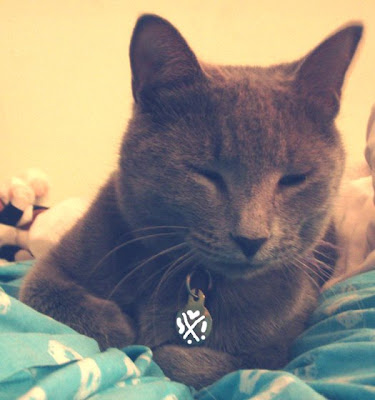 Note: Any physical resemblance between Kitten X and one member of the promotion and tenure committee is entirely coincidental. They are not related and are tired of being asked about this. 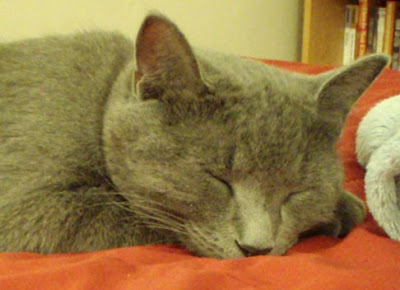 Cat X in his first faculty meeting after receiving tenure.
Posted by Female Science Professor at 12:12 AM

Hurrah Kitten X! May you get the salary raise you deserve. And, now you can start skipping all those really boring meetings for campus committees that you were forced to join by senior cats who felt it would be good for your dossier. I hope your office has a nice sunny window for napping.

This post just made my day...make that my whole month.

I must ask your professional advice: we have a Cat Y here who significantly resembles Kitten X in all physical ways, and based on your reports, not a few behavioral ways. Our tenure committee (of two, though one is reluctant to review all candidates) would like to know if it is acceptable to view Kitten X's accomplishments as a potential reflection on Cat Y. We have 3 other cats up for tenure currently and while we do expect them to successfully achieve the status, Cat Y has also been known to knead sharp claws into legs and this must be treated as a slight detraction.

Oh my. I'm newer to blog reading so I missed the hire a year ago, but SO FUNNY! Thanks for the laugh.

Our latest kitten is in remediation, with heavy mentoring from the hiring committee. T&P (4 members) consider that there are very serious problems indeed with any possible tenure case. If it came to a vote now, they'd go for immediate termination and armed escort from the building.

My Assistant Prof. Kitty--who hails from a colony at a very prestigious, world-renowned university--is struggling to achieve tenure and promotion. His committee consists of Professors Cat and Dog who have been around for a while and frown upon Kitty's exuberance and propensity to work on many projects at once. Asst. Prof. Kitty also has a bad habit of falling into the toilet. Also, the clown collar that is preventing him from scratching his ear looks rather odd in the classroom.

Do you think he has a chance at tenure? Can you offer any advice for helping Kitty reach his goals (or consolation for remaining at the junior level)? If denied tenure, he will not be seeking a position elsewhere. He'll have to face Prof. Cat & Dog for years to come.

My own cats have decided, like so many in their situation, that a career in academia is not for them. As befits their different temperaments, the smaller and more energetic cat has formed her own biotech startup, based on her patented water drinking technique. This involves very careful placement of the front right paw into the water bowl, and drinking the water from between her toes. There has been much interest from venture capitalists and we are moving into Phase I trials next year.

The fatter lazier cat is considering a career as a freelance management consultant.

Believe it or not, your word verification is currently "annimle".

This promotion comes as no surprise to me, given the credentials with which Kitten X entered your home department last year. I am confident that this feline will continue to flourish as a mentor and researcher, and I look forward to following Kitten X's career through the years.

Alright, Comrade PhysioProf is ENRAGED!!!!!! He didn't get a pretty satin ribbon for his motherfucking head when he started in the tenure track!! That is an OUTRAGE!!!11!11!1!!! He is going to see his chair RIGHT THE FUCK NOW!!!!!!!

I bet they secretly put ribbons (and other things) on your head in faculty meetings when you were an assistant professor, but you didn't notice because you were so busy paying close attention to all the important things that were being said by your wise and esteemed older colleagues.

Your situation seems rather different from ours.

Our very own Cat Z has made it clear to us that department policy does not provide for "tenure."

Instead, we are on perpetual probation. If we do a good job petting him one evening, that is no guarantee that he will not claw our faces off the following morning if he perceives breakfast to be tardy.

We live in daily fear and cannot adequately focus on our research activities (yarn purchases etc) as a result. Furthermore, we resent the intellectual confinement of always having to love Cat Z the best, regardless of whether or not he has vomited on our shoes lately.

Can you recommend a course of action? Should we organize? Look for different management? Bear in mind that this is a two-body problem, as we are both currently employed full time by Cat Z. Thanks in advance for your help,

I don't think you are fully appreciating Cat Z's administrative skills. Cat Z is trying to mentor you, but you are unresponsive. Perhaps you could hire more cats. For example, the hiring of two or three kittens might help him channel his energy and genius in a better way.

Sadly, Cat Z seems to prefer being a big fish in a little pond, so to speak. However, we have noticed that following departmental symposia, in which a traveling neighbor's cats visit us for several days, Cat Z appears to be chastened by the supreme display of feline knowledge, and he does behave with more generosity to us afterwards....

Brava! One hopes this will be written up for AAFUP's Acatdeme.

I just thought of another thing: have you considered writing an analysis of Kitten X's tenure process and submitting it to the Improbable Research group (the people who give out the Ig Nobels and publish Hot AIR)?