What I Think I Do

Many of you have probably also seen a recent spate of virtual posters that are supposed to humorous expressions of different views of various jobs, such as Professor, Scientist etc. The ones I have seen are more bizarre than funny, and some are a bit disturbing.

For example, in a poster about being a professor, there were different images for What My Parents Think I Do and What My Friends Think I Do. This distinction assumes that our Friends are not also Professors. I have some of both species of friends, but quite a few of my friends are professors. Those who are not professors don't have any more idea of what I do than my parents do; those who are professors (whether of not they are Science Professors) have a pretty good idea about my job.

That was just odd, but I was most puzzled by the What My Colleagues Think I Do image of an attractive female student in short-shorts leaning provocatively over the desk of a male professor. The images in the poster as a whole are of male and female professors, so there is no general assumption that professors = male, but this particular part of the poster is quite male-oriented. In any case, do colleagues really think that male professors spend their days like this? I rather doubt it. I think mostly we picture each other grading and attending meetings when not working on the next grant proposal or manuscript.

My personalized version of the poster would look something like this:

What My Parents Think I Do: ?

What My Friends Who Are Not Academics Think I Do: ?

What My Students Think I Do: ?

What My Spouse Thinks I Do: The Same Things He Does At Work

What My Colleagues Think I Do: The Same Things They Do At Work

What My Cats Think I Do: 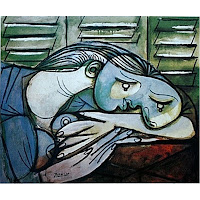 What I Actually Do: 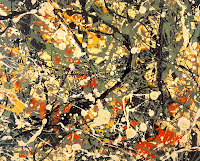 Posted by Female Science Professor at 12:02 AM

image of an attractive female student in short-shorts

For what it's worth, there's nothing in the image to suggest she isn't wearing full-length jeans, as far as I can tell.

(And I realize it's not worth much at all; I only point it out because of your emphasis on how short her shorts are, which presumably had some import or you wouldn't have bothered, right?)

Am SO glad you brought this up. The one of the male professor with the female student is unfortunately an image that I, as a non-shorts-wearing-non-provocative-young-female-student had a rather nasty brush with at a conference.

It was not so much about what colleagues thought this very-famous professor X did, though sure as hell I have seen some of his younger male entourage admire his "perks"; it was more what HE though he was entitled to. This unfortunately led to some serious sexual harassment, he pushed himself into and cornered me in a unisex restroom and proceeded to assault me when thankfully one of the restroom attendants realized something was up, and intervened.

I know I was certainly not the only one. As with most sexual harassment cases, being a newish grad student on a student visa, I did not dare to complain, particularly as he was very famous and careful not to leave any dna evidence, the attendant who saved me did not bother to stick around after. I was also unaware of my rights at that time so did not raise a huge fuss, and was simply too frightened to talk about it publicly about someone whose papers I based much of my then work on. But I have heard other women bitch and warn me about him too, sadly after the incident had already happened.
Today, I would have handled it more boldly, and will certainly seek to protect my female students from sorts like this creep.

So yes, that image is a disturbing reality of what *some* male professors think they are entitled to, and what other younger male profs who schmooze them aspire to get as a perk someday.

Sorry if I sound bitter.

I saw one where the girl was wearing a mini-skirt. There are probably multiple versions.

They should switch it up to include female prof with attractive young male student. Why not? Everyone's entitled look-but-don't-touch privileges.

It's weird that's the "collegues" one, though. I mean I assume that colleagues would not expect you to be hitting on students, regardless of your sex. Maybe that would be what parents think or what undergrads think??

Where are these posters? Any useful links ??

I have seen several versions of those Professor ones. In some, the provocative female student panel is in the Friends panel instead of the Colleague one, but it is always there and the professor is always male. Strange indeed.

I hate these too. Icky.

Hi FSP I been following your blog for a bit now and I'm really thankful that you have shared it. I am an undergraduate and don't imagine my life without research, but recently became overwhelmed with thoughts of future family issues. Not many female professors at my university with children so I was so happy to find your blog. I know it's early for me to worry, but still it helps to know it's possible to have both. I read article in Chronicle this week about NSF plans for female scientists. It's really hopeful. thank you so much

Well darn. I was hoping to find a scientist version of this meme to post on FB, and instead I got a glimpse of how many profs think they are a cross between James Watson and, shit, I dunno, William Kennedy Smith?

For the record, fuck those guys, from me and most other men I know in science.

Humor isn't a science, Professor. And I think if you feel compelled to be so intensely literal and analyze the political correctness of an Internet meme... well I'd have to give you a failing grade.

but it isn't funny

Wow did you miss the boat. You must be a professor.